No Pop for the Pope

Reading about Pope Francis' trip to Korea, I was reminded of another Pope's journey away from the Vatican and how it affected me.

In the autumn of 1965 I was teaching a course or two in the evening at Queens College in New York City. Early in the semester, before she moved to Manhattan, I would give a ride home to a fellow instructor who lived then not too far from the college. After class on Monday, October 4, I drove her home as usual, but what was not usual was that through simple mindlessness or brain fade on my own way home after dropping her off, I continued straight down her street and past my turning-off point. Almost immediately I had Flushing Meadow Park on my right. And there, in front of a side entrance to the New York World's Fair, was a sea of blue uniforms—New York City policemen—who, I instantly realized, were there because that was the night that Pope Paul VI was to visit the Vatican exhibit. 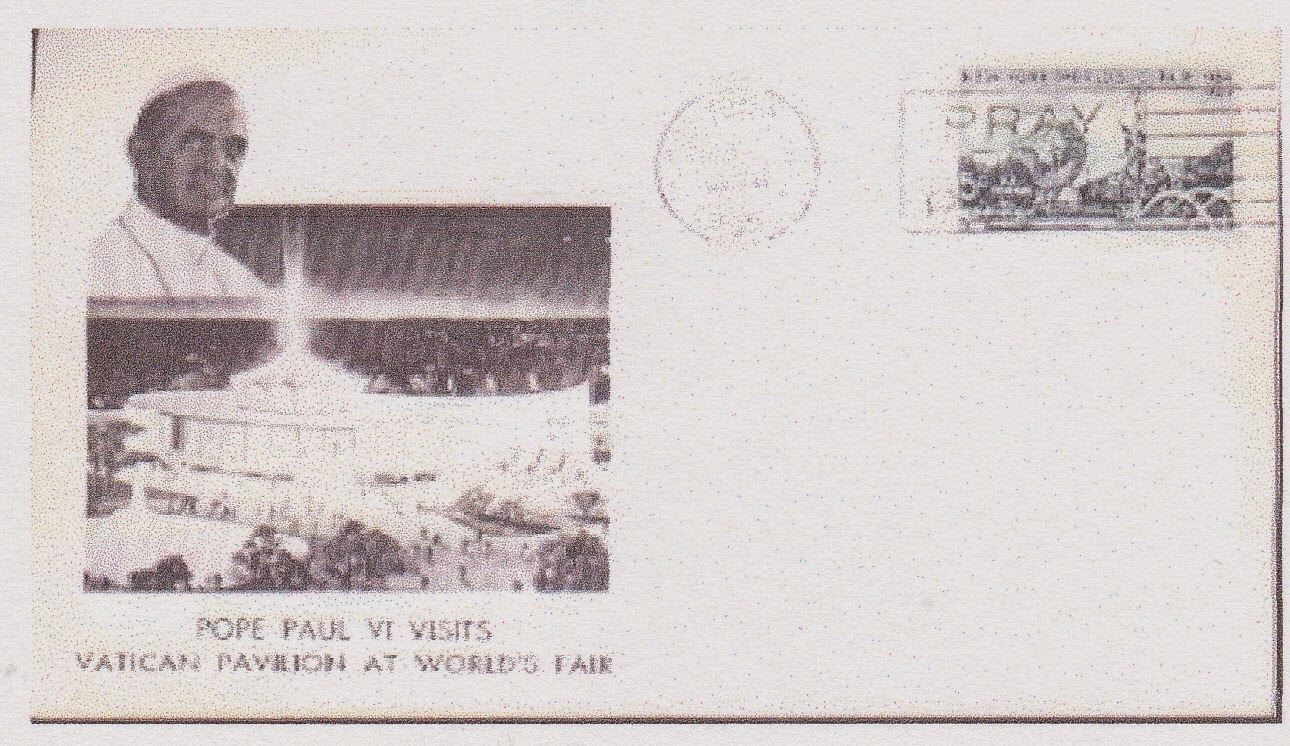 And that presented me with a grave problem.

The car I owned at the time was a white Austin-Healey Sprite Mark II,

which was manufactured with typical British Motor Corporation attention to quality control—meaning that something was bound to go wrong; in early October of 1965, the defect was a nasty backfire whenever I lifted my foot off the accelerator.

So, here's the scene: masses of armed police ahead to my right and me sweatily gripping the steering wheel, knowing that if I were to back off the gas, I was toast. Stirling Moss never had better pedal control than I had as I nervously attempted to maintain a steady, cautious speed past the entrance gate and on down the road.


I made it--and breathed an audible sigh of relief when I finally found an intersection where I could make a left turn and maneuver myself back to the street that would get me safely home (loud bangs and all).

***
Pictures stolen from the Web.
Posted by normalvision at 8:27 PM No comments:

There was only one small table, with no chairs, wedged in between one side of the double door, the edge of the wall, and a large photograph of Bartali.
Carlo Lucarelli, Via Delle Oche
(Trans. Michael Reynolds)

***
Two weeks ago, Vincenzo Nibali became the first Italian cyclist to win the Tour de France since 1998.
And one week before that victory, another Italian Tour winner was honored in Tuscany on the centennial anniversary of his birth. Gino Bartali won the great event twice—once before World War Two, in 1938, and once after, in 1948. However, as Lizzie Davies explains in the Guardian (UK), Bartali's greatest feats came away from the race course:


In the aftermath of September 1943, when Italy had surrendered to Allied forces and swaths of northern and central Italy became Mussolini's Nazi puppet republic, [Bartali] is understood to have transported counterfeit identity papers to Jews who were at risk of being deported to concentration camps. The papers were hidden in the frame of his bike.*

He also hid Jews in the cellar of his house. For his actions Bartali was posthumously recognized as being one of the Righteous Among the Nations by Yad Vashem, the Holocaust memorial center in Jerusalem.
How many people could honestly say that they would have acted as bravely as Bartali in similar circumstances? Well, we know that every Frenchman today would swear on his last baguette that in the 1940s he would have joined the Resistance. But as for the rest of us . . .?

*
I hate hypothetical questions. I have no idea whether I would divert a runaway train to run over 950 senior citizens instead of a new-born baby. I figure I'll deal with that issue when it arises. So, if I have no idea how I would act in advance of a situation, I certainly wouldn't presume to proclaim that I have privileged knowledge of how other people (whether living or dead) would act. But the more I read, the more I feel that I am in the minority, for the world seems full of self-confident mindreaders.
Take Elton John (Please!--sorry, I had to channel my inner Henny Youngman). Sir Elton, according to the British press, is certain that Jesus would have backed gay marriage:

Andrew Brown, who writes about religion for the Guardian, points out that Sir Elton's statement is

a bit like saying that Plato would have been a heavy user of Facebook. We can't prove otherwise, but it's more a remark about gay marriage, than the historical figure.
Elton John has form here. Like many celebrities, he seems to understand Jesus as a distinguished member of his entourage, one for whom he will always make VIP tickets available, and who agrees with him about everything important.

The need to have the exclusive sanction for one's necrophiliac reading of Jesus' mind is apparently so great that people will even resort to the law courts to secure it for themselves:

And it will probably come as no surprise that a recent poll showed that Democratic voters asserted that Jesus would align himself with their side on the contentious political issues of the day, while Republicans claimed that the Nazarene would be voting with them.**
Now, please don't get me wrong, I'm not just picking on the “What-Would-Jesus-Do”ers here. The “What Would”s are all over the place. “What would the Founding Fathers have thought about our libertarian crazies?” asks a headline on Salon.com. The Atlantic poses a foreign policy question:


What Would Reagan Do in Iraq?

Rand Paul and Rick Perry each claim to be the Gipper’s heir in the Middle East. Who's right?

*
Well, to all this mindreading, I say “Feh!” I have no idea how Marx (whether Karl or Groucho) would have organized the Brazilian defense at the last World Cup or what Machiavelli would have done to secure an Oscar (either the midfielder or the statue). I barely have a glimmer of an idea of what I might have for breakfast tomorrow.

But I must admit that there is one hypothetical question that I am willing to deal with:

You are the propelling your small raft toward the survivors of a shipwreck. There are four drowning men in the water—a disc jockey, a used-car salesman, a leper, and Rush Limbaugh. You have room to save only three of them. Who would you leave to the sharks?


Posted by normalvision at 5:21 PM No comments: