Raindrops Falling on His Head

The news this weekend was interesting. The President of the United States finked out of a once-in-a-hundred-year commemoration of the end of the War To End All Wars (which, of course, didn’t). The official excuse for his not showing up at the Aisne-Marne American Cemetery in Belleau, France was that his 50-mile trip was “canceled due to scheduling and logistical difficulties caused by the weather.”(1) The weather (rain) supposedly made the ceiling too low for a flight by helicopter. Sarah Hockey Puck Sanders, White House Press Secretary, produced a photograph of the climatic conditions for the assembled press corps (minus CNN's Jim Acosta, naturally): 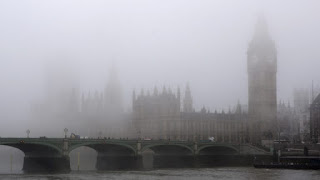 When questioned by incredulous newsmen, she denied the photo was “doctored.”

The ceremony was attended by Chief of Staff John Kelly, who traveled by automobile. The White House later issued a statement that the President himself couldn’t go by car because of a fear of causing a traffic jam.(2) 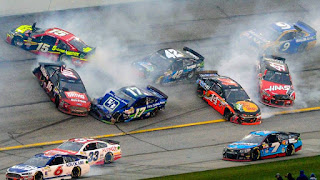 Cynics immediately responded by claiming that while rain was indeed the issue, it wasn’t about helicopter altitude, but about hair altitude—that Trump was afraid that this: 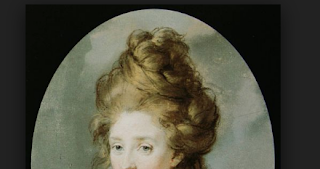 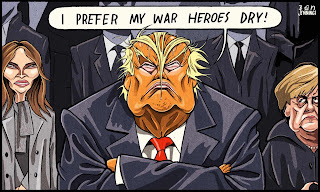 Safe from the rain, Trump apparently stayed high and dry in his hotel room, where he could focus on the greatest mobilized threat a president has faced since the Battle of the Bulge—THE CARAVAN: 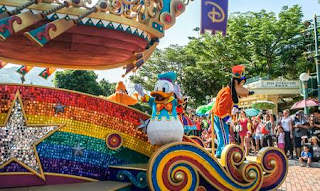 That is, the refugees from violence, hunger, and economic despair filtering through Central America toward the southern border of the US. But who were, according to Trump, infiltrated by shady Middle Easterners: 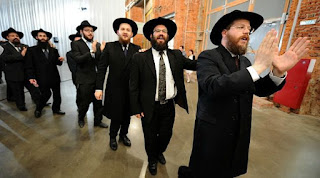 In his hotel room Trump presumably was fashioning orders for the mobilization of crack army troops to secure the border: 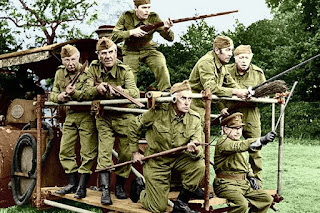 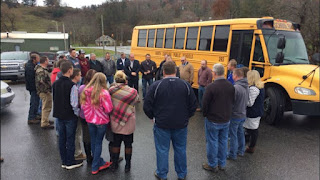 What these evangelical Christians would gain from the barring of the Latin American asylum seekers would be never having to mix in their congregations with a bunch of Latinos named Jesus.

Posted by normalvision at 1:10 PM No comments:

Friday is the 80th anniversary of Kristallnacht – the Night of Broken Glass. The pogrom of 9 November 1938 in Nazi Germany demonstrated to the Jewish population their lives were in urgent danger and that they must leave if they could. But where to go?(1)

One answer—if not for the escape of the parents—was for the children to be sent out of the Reich on what became known as the Kindertransport. The United Kingdom accepted 10,000 evacuees.(2)

Another 669 children from Czechoslovakia were rescued singlehandedly by the remarkable English stockbroker Nicholas Winton:

[H]e made lists of the children, took their photographs, got them Home Office entry permits, found them foster families and organised their departure on trains, via the Netherlands, to Liverpool Street. After just three weeks in Prague, he went back to Britain and carried on the work from there.(3)

He was knighted by Queen Elizabeth in 2003, but he never considered himself a hero.

But an even larger evacuation of children in the twentieth century took place from a land I (and, most likely, you) would never have guessed—Finland.

During World War II, the Finnish government evacuated about 70,000 children to protect them from the danger, stress and uncertainty of war. Their parents agreed to send them to foster homes primarily in Sweden.(4)

The program may have spared those children the dangers of war, but there were apparently long-term costs due to their separation from their parents. Indeed, as Moises Velasquez-Manoff, the author of the Times article notes, “[Y]ears later, some would consider the program a grave mistake.”

Studies conducted some four decades after the children returned home discovered both psychological and health differences between those children and a control group who were not evacuated. Among the findings:

Men evacuated as children, Finnish scientists found, were more likely to have mental health and substance abuse problems than men who weren’t. Both sexes were more likely to suffer from depression if separated. . . .Illness and death from heart disease were more common in the separated group. They had about twice the risk of heart disease and a 40 percent increased risk of Type 2 diabetes. They had slightly higher blood pressure — particularly women.

Why bring all this up now?

Because, as Velasquez-Manoff points out,

This research, which is ongoing, helps us understand the long-term consequences of another mass separation of children from their parents — the one orchestrated by the Trump administration.
More than 2,500 migrant children were taken from their parents and detained. Most have since been reunited, but 12,800 migrant children — a record, as we learned last week [i.e., in September]— remain in detention.

And his conclusion is damning:

The Trump administration probably intended the separation of children from their parents to be cruel. Conceived as a deterrent, it was meant to hurt. But was it supposed to impair cognitive development and cause heart attacks, diabetes and mental illness decades later? This may be its more sinister legacy: a subtle but lifelong derangement of mind and body.

Stephen Moss, the author of the Guardian article, tells of two Kindertransport children, now a married couple in their nineties, who go

into schools to talk to young people about what they and their parents suffered, testifying both as an act of remembrance towards their parents but also as a warning to the next generation that intolerance, hatred and scapegoating of minorities are ever-present threats.

While we keep learning about the consequences of warfare that extend beyond the piles of the slaughtered (both military and civilian) and the daily agonies of the wounded and the maimed, perhaps the testimony of these survivors can prevent peacetime from producing its own evils.

(2) The Guardian is telling the story of six of those children (see above footnote).

Note: The title of this essay comes from another of Stephen Moss' articles on the Kindertransport children:
https://www.theguardian.com/world/2018/nov/07/the-kindertransport-children-80-years-on-im-grateful-my-parents-sent-me-away-to-carry-on-living

Posted by normalvision at 5:38 PM No comments: