In the year 1927 the two most illustrious figures in the United States were almost certainly Babe Ruth, who hit 60 home runs during the baseball season—a record that would stand until 1961—and Charles Lindbergh, “Lucky Lindy,” the pilot of Spirit of St. Louis, who was the first person to fly solo non-stop across the Atlantic Ocean. 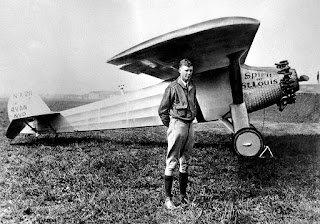 Ruth’s fame continues to this day. Lindbergh’s flame blew out in December 1941, when Japan bombed Pearl Harbor, and the United States entered the Second World War.

Before the sneak attack, Lindbergh had become the face and major mouthpiece of the America First Committee, “the isolationist, defeatist, anti-Semitic national organization that urged the United States to appease Adolf Hitler.”(1)

In one notorious speech, Lindbergh singled out the “British and the Jewish races” as the major forces who “wish to involve us in the war.” And it was “for reasons which are not American.”

We can accept that the British “race,” as a sovereign nation, would pursue its own national interest, which might not always coincide with that of the United States. But the Jewish “race”? By asserting that the Jews—as a “race”— pursue their own interests, driven by “reasons which are not American,” Lindbergh openly demonstrated a vicious strain of anti-semitism. What Lindbergh was proclaiming, Susan Dunn points out, was that  “[t]he nation's enemy was an internal one, a Jewish one.”
*

[T]hroughout the [presidential] campaign, Trump also promised to put America first, a pledge renewed – twice – in his inaugural address. It was a disturbing phrase; think pieces on the slogan’s history began to sprout up, explaining that it stretches back to efforts to keep the US out of the second world war.
In fact, “America first” has a much longer and darker history than that, one deeply entangled with the country’s brutal legacy of slavery and white nationalism, its conflicted relationship to immigration, nativism and xenophobia. Gradually, the complex and often terrible tale this slogan represents was lost to mainstream history – but kept alive by underground fascist movements. “America first” is, to put it plainly, a dog whistle.(2)

Nearly ever present by the President's side, perhaps no one is more responsible for the Trump agenda than Stephen Miller.(3)

Miller, the Trump whisperer, has been a major—perhaps the major architect of the President’s malignant immigration policy. Although Miller is only 32 years old, his xenophobic nastiness goes back to his teen-age years. One is not surprised, therefore, that with that history Miller would shed few tears over the forced separation of parents and children.

What did surprise me—indeed, shock me—the other day was to learn that young Mr. Miller was Jewish.(4) Perhaps naively, I have always believed that all Jews would be cognizant of their own history of persecution, exclusion, and expulsion and, therefore, would be foremost in the defense of the oppressed and downtrodden.

Apparently, young Mr. Miller has never heard the story of the SS St. Louis, which in 1939 left Germany with 900 Jews aboard. 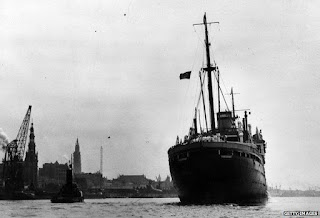 They were anticipating an escape from the Nazis to a new home and freedom from oppression:

They hoped to reach Cuba and then travel to the US - but were turned away in Havana and forced to return to Europe, where more than 250 were killed by the Nazis.(5)

I wonder who Miller would empathize with: the 1939 equivalents of ICE agents, barring the door to safety, or his fellow Jews, refugees in deadly danger of extermination?

This past Tuesday brought news of a happier sort. The Hockey Hall of Fame selected its class of 2018 inductees. Among the chosen was Martin St. Louis, a French Canadian, who was born in Laval, Quebec. A somewhat undersized forward, St. Louis did not have a smooth journey to on-ice greatness. But eventually through determination and hard work he became a star in the league. He won numerous major trophies and scoring titles—and in 2004 the Stanley Cup with the Tampa Bay Lightning, the team that gave him his chance to excel. 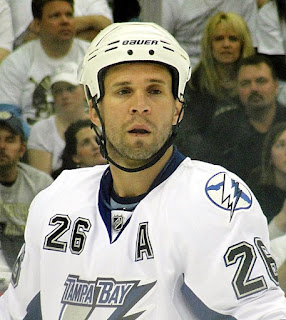 St. Louis now lives in Connecticut, an immigrant from north of the border.

Posted by normalvision at 7:50 PM No comments:

Just when I thought I was out, they pull me back in.

There I was, the God of the Creation, doing what Stephen Dedalus so rightly says in A Portrait of the Artist as a Young Man,

remain[ing] within or behind or beyond or above [my] handiwork, invisible, refined out of existence, indifferent, paring [my] fingernails.

But this guy Sessions comes along and claims that people should “obey the laws of the government because God has ordained them for the purpose of order.”* This to justify the ripping away of children from the arms of their parents. This Sessions person says he got that idea from something called “Romans 13” in the Bible, which sets down the words—not mine—of a misogynistic hallucinator.

Hell, there are tons of “laws of government” that if I were human I wouldn’t hesitate to break—starting with the prohibition against jaywalking. (I’m not even going to bother to cite the obvious example of the Nuremberg Laws.**)

And then there are these guys down at the University of North Carolina (aren’t they supposed to be spending their time figuring out easy courses to keep their basketball team from flunking out?) who decided to ask people what I look like. (As if they have a clue!)

In the study, the participants—511 American Christians from all around the nation—individually viewed 300 sets of faces placed side-by-side on a computer screen. They selected "the face from each pair that better characterized how they imagined God to look." These were assembled into a composite image reflecting each person's notion of God.***

For example: God vs. Anti-God:

Summing up the results, Tom Jacobs of psmag.com says,

all believers seek comfort by imagining a deity who fulfills their emotional needs. As these needs vary, so do their images of the supreme being.

If you really want to know what I would look like—if I were a human being, that is—here’s a hint: Think Cary Grant.

Enough of this nonsense—I’m off for a manicure.

**Those of you with a classical background will notice the Ciceronian touch.

Posted by normalvision at 11:37 AM No comments: