“April is the cruelest month,” T. S. Eliot has informed us. And this April has indeed been cruel to me. My beloved New York Rangers did not make the Stanley Cup playoffs for the first time in eight years. But I have to admit that the dark cloud that rained April showers on me to mix with my tears did have a silver lining. In the past I could not make a playoff bracket prediction because I could not let my head rule my heart and eliminate the Rangers at some point down the line. But this April, using all the hockey knowledge gained by night-after-night of couch-potatoness, I plunged into into the prediction business with full use of my head and with no interference from my heart.

As of today, with all eight of the first-round series completed, my score is four wins and four losses. A monkey—blindfolded and throwing darts—could do better. As far as the prediction business goes, I am a bust. And I don’t advise anyone to ask me for a hot stock tip either!

A good number of years ago a friend asked me, “Doc, why do you always have to be right?” The question penetrated to my inner core, and I thought hard about it. I realized that the question wasn’t posed right. There was the implication in it that whatever claim I made had to be right just because I was making it. The reality was that I absolutely hate saying anything that is wrong, false, or alternatively factual. It was not a matter of asserting that truth is on my side—but that I want to be on side of truth.

In all my years of teaching nothing bothered me—indeed ate away at my insides—more than the recognition that I had said something wrong in class. And it always seemed that the error was made on a Thursday, the last day of my teaching week, so that I had to stew about 95 hours over the weekend until I could stand in front of the class and offer a correction. So, yes, Doc always has to be right. (Or hate himself when he has been wrong.)

It should come as no surprise, therefore, that I have complete disdain for people who cannot admit their mistakes, but rather attempt to throw a blanket of self-protection over their poor easily-bruised egos. For example, many years ago the New York Times briefly had a feature in its sports section in which a staffer answered readers’ questions. I discovered an error in the answer given to the esoteric baseball question, “Is a run scored on a sacrifice fly an ‘earned run’?” Without going into detail (and boring everyone to tears*), I wrote to the staffer to inform him that his blanket answer of “Yes” was incorrect and cited the exceptions. He wrote back and instead of acknowledging the mistake, he huffed and puffed that he wasn’t being asked about exceptions and thus he wasn’t wrong, and so on and so forth.

The Times shortly afterwards ended the question-answering feature—and I’m glad to say that I never saw that writer’s name again in print.

As far as owning up to one’s errors, there has never been an admission as worthy of praise as Fiorello LaGuardia’s:

*But in case anyone really cares, a runner who got on base on an error, or who advanced on an error, cannot be scored as an “earned run” if he does score. It, of course, only matters statistically.
Posted by normalvision at 2:55 PM No comments:

Time on My Hands (The Curmudgeon's Etiquette)

Some people have problems, and The Curmudgeon’s Etiquette is dedicated to solving them.

Today’s problem comes from the on-line watch forum that I regularly follow:

My job (and life) are fairly informal - and on the days that I am required to wear a jacket, my Damasko is more than sufficient.
Unfortunately my brother is getting married next month, I'll be in a tux and surrounded by a wedding party of big $$$$ watch guys. Panerai, Rolex, Speedy dudes. What I wear will be noticed in this crew - it always is.
I could head into midtown, hit up Wempe, and buy a $2k watch - but I don't really want to invest that much in a watch that will be infrequently worn.
$500 is probably the most that I'd want to spend on a one-off dress watch - what's my best bet here?
For $1k, what are some cooler, more versatile watches that could double-duty from tux to weekend wear?

The OP (Original Poster), I should point out, claims to live in Brooklyn, NY. Now, I think I can handle this, but I must alert you that when I lived in East New York, Brooklyn some six decades ago, this problem would never have popped up, so I have no track record on this.
By his own admission the inquirer already owns a Damasko watch. The Damasko, made in Germany, is not widely known outside of watch enthusiast circles, but is greatly admired therein. Here are some Damaskos: 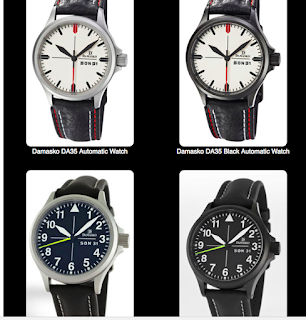 Damasko watches start at about $1100 and run to over three times that price. Now it seems to me that no-one should get collywobbles at slipping on a watch of that price (and of its reputed quality) to attend any sort of affair. In fact, it is my firm belief that one should demonstrate one’s individuality by wearing whatever suits one’s fancy. A Casio G-Shock might be a bit over the top at a formal wedding. But what the hell—it’s your wrist after all. 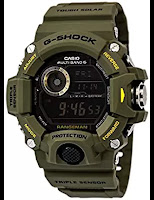 Some responders to the original post suggested that the OP could simply go without a watch, thereby saving himself from the expected scorn from the big Rolex-wearing machers who don’t see a crown logo on his watch. 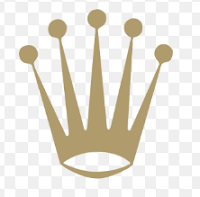 But I have another suggestion for Mr. Timorous: Get this Casio MTP-V007L-1EUDF: 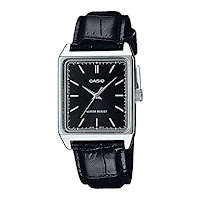 It’s a classy-looking thin watch that will easily slip under one’s shirt cuff, so no-one will even notice the watch—unless they’re more interested in staring at your wrist rather than at the bride (and assuming you don’t roll up your sleeve to arm-wrestle). If, by any chance the watch did sneak out from under the cuff, a very quick glance may bring thoughts of a Cartier Tank watch to mind:

Still, the Curmudgeon’s advice is: Be a mensch. You’ve got a watch. Wear what you like. Don’t spend any more money just to keep up with the pseuds and show-offs. The hell with them. You’ll never see them again.

On another thread at the watch forum someone posted this picture of Pope Francis: 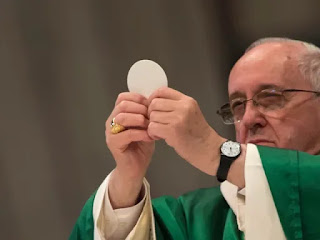 He identified the watch as a Casio selling for under $10.*

Someone else claimed that the watch was a Swatch, still of modest expense. However, if the Pope was given to wearing a Swatch, why not this one?

That’s one of the few things the Curmudgeon feels the Pope has let us down on.

To all those “Panerai, Rolex, Speedy (Omega) dudes” at every fancy wedding, I recommend that they take to heart these words by James Carroll about the Casio (or Swatch) wearing Pontiff:

The life of Pope Francis has itself become a kind of secular encyclical. In this white-robed octogenarian can be glimpsed the transcendent possibility toward which all desire stretches, whether that of the abject poor, who recognize him as an ally, or that of success-obsessed élites, who are ironically burdened by the ultimate vacuousness of the luxuries that he eschews.**

*Another member exclaimed: “That’s not a deal, that’s a freaking miracle!”

Posted by normalvision at 7:22 PM No comments: