Death, be not proud, though some have called thee
Mighty and dreadful, for thou art not so . . .
John Donne 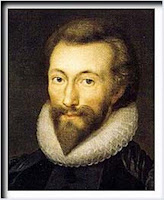 How right was the great poet, and it was shown the other day. Death—mighty and dreadful though it appears to be—will be obliterated by a stroke of the pen:

According to the story, the Trump Environmental Protection Agency (an oxymoron, if ever there was one) will finagle some figures to make it seem that “the 1,400 additional premature deaths per year that the E.P.A. had initially forecast as a result of eliminating the old climate change regulation” will not occur. 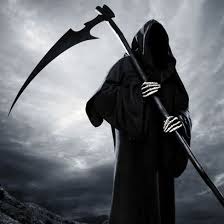 Take that, old Grim Reaper! The sleight of hand of a new modeling method will foil you.


The new modeling method, which experts said has never been peer-reviewed and is not scientifically sound, would most likely be used by the Trump administration to defend further rollbacks of air pollution rules if it is formally adopted.  But the proposed change is unusual because it relies on unfounded medical assumptions and discards more than a decade of peer-reviewed E.P.A. methods for understanding the health hazards linked to the fine particulate matter produced by burning fossil fuels.

Today in my mailbox the daily Pacific Standard newsletter contained two links to stories relevant to the ongoing pollution crisis. The first story tells of the dangerous levels of air pollution in Mexico City, which have caused authorities in Mexico City to declare 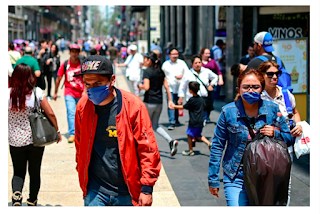 The second article is even scarier. The headline reads:

AIR POLLUTION MAY NEGATIVELY AFFECT 'EVERY ORGAN' IN THE HUMAN BODY
The sub-head explains:

A new report finds that inhaling air pollution doesn't just impact the heart and lungs: It can damage all parts of the body, and cause or worsen diseases.***

The article notes that in addition the damage caused to the heart and lungs, pollution also causes damage to “the brain, bladder, and skin” and that various other health conditions “such as diabetes, dementia, cancer, and brittle bones, may be caused or worsened by air pollution as well.”

So you may experience everything from rashes to tumors, but never fear: the E.P.A. has you covered. In the US, at least, you won’t die because of pollution. Maybe in Mexico—but then again, when did Trump ever care about Mexicans?

Posted by normalvision at 2:48 PM